Kātoitoi curates work that reflects contemporary design practice, the economic, societal and cultural impact of design throughout Aotearoa. Fly was asked to work alongside a kāhui of amazing people to create the naming and branding for this very special kaupapa.

Louise Kellerman has an inspiring vision for Aotearoa design. Louise has strengthened our design voice through Design Assembly.

Now she seeks to amplify the many voices of the Aotearoa design community through a new kaupapa.

Kātoitoi, the Aotearoa Design Archive examines emerging trends, shifting values, building professional archeology of our people and practise through an annual collection of design. The archive charts the role and impact of design it is more than simply a showcase; the collection evaluates design based on its kaupapa its social significance.

Through a series of wānanga, we developed a strong narrative around the whakataukī about the South Island robin: “Kātoitoi, he iti te rahi, he nui te kōrero.” The kātoitoi bird is very small, but has a very strong, distinctive voice.

In te reo Māori it is a verb meaning “to respond”, which speaks to the dialogue the archive seeks to encourage between designer and medium, between work and audience, between individual and the national.

We had a great team of people to help bring the story of Kātoitoi alive. A co-design process between Fly, Karl Wixom (Arahia), Studio South, New Territory and Mark Easterbrook (Words & Ideas) brought it into life.

People can submit their work to be included in a selection of 100 curated pieces. The focus is not on winning awards. But supporting the ideas, movements and distinctive aspects of Aotearoa design in that year.

Expert dialogue from both the creator and the design community will continue the legacy of hearing our design voices as part of the learning and sharing experience.

We’re a super fan and would love to see this kaupapa take flight. Head over to katoitoi.nz to review the submission categories. 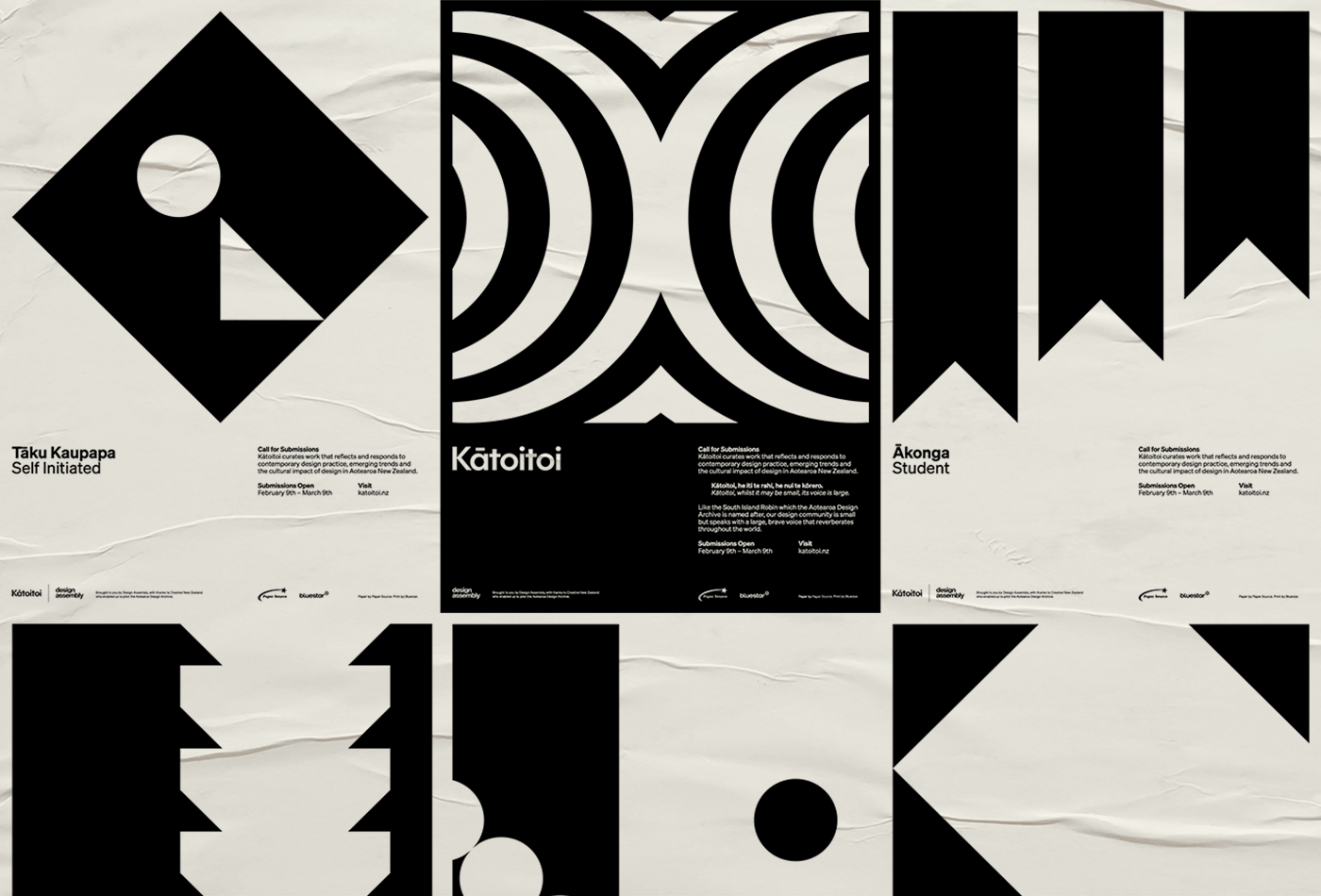